Saturday June 30th sees a festival appetiser hitting Devon. Lemonfest, taking place at Newton Abbot Racecourse is one if those all day festivals that gets you excited about the summer of music ahead. Described as a ‘temptingly cheap but tasty one dayer’ by The Telegraph, this year’s line up includes Lucy Rose, Tall Ships, The Skints, Big Wave and Towns, as well as a whole host of new bands to discover. I caught up with organiser Matt Freemantle to find out more…

Who are you most excited about seeing this year?

Tall Ships – saw them once at Bestival a few years back, and they were great. The live footage I’ve seen of them lately looks even better, so really looking forward to their set. We booked them in 2011, but they got delayed and couldn’t make it in time, so it’s been 2 years worth of anticipation to see them on our main stage!

How do you decide the line up?

Taste – hunches – ability – popularity – recommendations; think you’ve got to have a good combination of all those things to get the right mix.

What has been your Lemonfest highlight to date?

A definite toss up between 2010 and 2012. 2010 because it was the first one we’d ever done, therefore it was a huge buzz for all of us, and a bit of stepping into the unknown. 2012 because it was our most polished one to date. With all we’ve learnt over the last few years, we think we had almost nailed it in terms of atmosphere – although there is always room for improvement.

Why did you decide to start the festival?

Probably a short term burst of insanity. But seriously, I love live music, and my friend loved putting on events – so we met in the middle somewhere and just went for it. 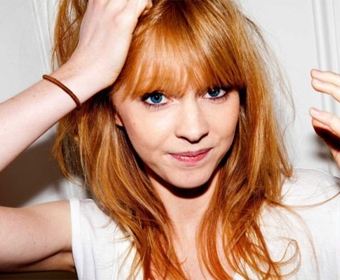 Is there a lot of new music in the Devon area? Who would you recommend?

Absolutely. You only need to look at the likes of Muse, Ben Howard & Coldplay to name just a few of the huge names to come out of Devon in recent years to see the potential. The emergence of BBC Introducing in Devon has done wonders for showcasing it, too. I try not to single too many acts out, but the likes of I Divide are making huge waves at the moment. They opened the main stage last year and have had an incredible 12 months; winning the Red Bull Bedroom Jam and having features in Kerrang. Other bands to keep an eye on are Big Wave, Moriaty & Rat Attack – all destined for big things and gathering some great momentum at the moment.

Everyone asks this! There is a river Lemon that runs through Newton Abbot, so we thought it was a nice touch.

There are so many festivals – what makes Lemonfest different?

We are trying to be a little bit different to other festivals in some ways. We see ourselves as a big party in a field to get you geared up for summer. We might not be the main event, but we’re a damn good warm up.

Do you think the festival scene is getting too saturated? Which ones do you think will last and why?

I wouldn’t really consider myself a massive expert, but I see the future as a mix of a few of the big ones – but only those with character – and lots of strong local ones. There are some great little festivals around the country nowadays, and I think each region needs to get behind theirs. Certain people are just after the big names, and I think to an extent that market could reach saturation point soon. You see the same names on the bill at so many different festivals – what’s the appeal of that? It’s all about character and a point of difference, I think lots of people are looking for an experience above all else. If you can keep people entertained and almost have the acts as a side note, then you’re on to winner. 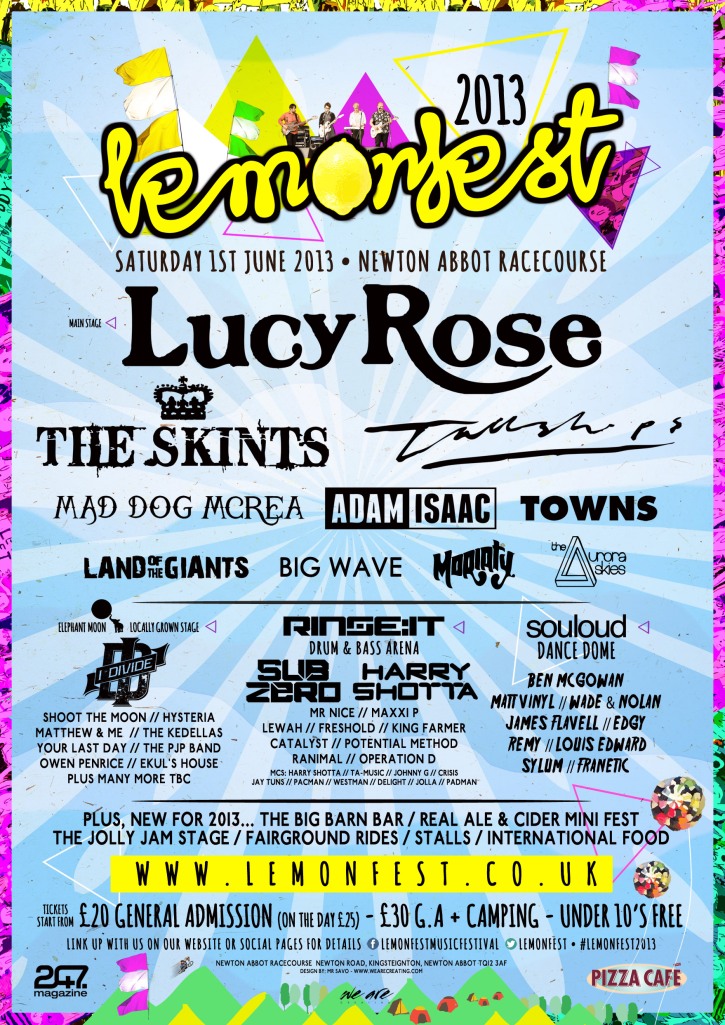 One thought on “Lemonfest”