Leeds is a city brimming with musical talent and enthusiasm, every northern street oozing some kind of inspiration and output, and the annual Live At Leeds festival sees a whole host of bands join the homegrown musicians to celebrate and showcase the best in new music. This year, the city slicking festival’s seventh year, saw over 120 artists performing across the city, from native and highly successful Yorkshire lads The Pigeon Detectives to new and emerging Witch Hunt, local legends Sky Larkin to New York newbies MS MR, and straight up swilling rock’n’roll band The Struts to soulful synths courtesy of Lulu James. Determined to see as many bands as possible, without running around the city like a relentless parking attendant on speed, we spent Saturday 4th May discovering some new favourites.

Kicking off at uber cool Nation Of Shopkeepers was young Georgia Thursting. Soulful and skittish, Georgia and her band played a funk and bluesy melange, all short songs about love and heartbreak. For those keen to find out more, the helpful lass has made it easier to hunt her down amongst the devilishly densely populated world wide web, stressing to the titters of captivated gentlemen the doe eyed songstress stressed that her name is not Thrusting but Thursting. Told.

Menace Beach have been something of a buzz band of late, and their short (15 mins max) set revealed why. Pivoting around the boy girl dynamic duo of Ryan and Liza and supplemented with members of Sky Larkin and Hookworms, their scuzzy grunge riffs and furiously grooving melodies have been turning heads.

Live music in a church is always a winner, especially when accompanied by a pint, and today was no different. Leeds’ Holy Trinity Church is one of the county’s most eminent art spaces, and we arrived in time to catch the end of George Ezra‘s set. The shifting strains of this young songsmith resonated through the rafters of the church, his vocals and notes blossoming into inspired and invigorating tunes. After his final notes died away and we were left with chills, we ran to Mill’s, the least practical venue ever imagined, to cTxh the bluesy swing of Liverpool born David Broad, all toe tapping eccentricity.

DH Lawrence’s Sons And Lovers is one of my favourite books of all time, its detailed and delicate dissection of the complexities of relationships and resolutions so striking and powerful, subtle in their sophistication. The band of the same name are more immediately brash and accessible, like a version of White Lies meets Vampire Weekend, or something similar. Soaring choruses and simple melodies, they make good, yet somewhat entry level indie.

Next up was a sprint up to the Uni to see what Post War Glamour Girls had to offer. Straddling pendulum style between glorious soaring strings and harmonies and angst driven roars and rumbles, this home grown band sent shivering and colossal shifts through the crowd as they captivated via their intimidating and heavy ambience. Australian indie rockers Deep Sea Aracde were up me their raucous and furious rock crackling with punishing thrills on the stage.

I can’t remember a time in my life when my aural excitement hasn’t been fuelled by guitar wielding bands, but apparently guitar music has been dead for a while, and Savages are the band to bring it back. The following statement may have me vilified and marginalised by small music press, but, really? Not nearly as tantalising and the reviews and hyperbole would have you believe, the set was frustrating and limited, failing to set me alight. I seemed to be alone however, as the crowd rocked and swayed with adulation. Wolf Alice have been making waves on the airwaves with their stupefyingly youthful melodies and crackling hooks, and today’s gig reassured early fans that their faith was not misplaced. Poppy 90s influenced grunge flecked with thrillingly steadfast riffs, they could well be one of the new waves of bands to last longer than a few months.

By this point the Cockpit was already operating a one in one out system as the queue snaked multiple streets from the venue. The crowd lined up in anticipation of something of a buzz line up, with Peace and their fellow B town buzz band Swim Deep on the bill, punctuated by the gritty and soaring Unknown Mortal Orchestra. The latter are seductively sincere, their grubby tumbling songs instinctive and invigorating. Particularly potent and thrilling onstage, their vivid and resonant melodies were delivered in a somewhat seismic fashion. With both Swim Deep and Peace you know what you are getting, and they rarely disappoint. Sunny grunge, soaring choruses, languid and defiant lyrics and entrancing guitars, both bands banged out tune after tune. Even in the dark and wintry tunnel of the Cockpit Swim Deep’s summer tune King City warmed and welcomed with spirit. Despite Peace lead singer Harry’s best attempt to distract from the musical output of his band, by rocking a sartorial ensemble put together by cutting up his grandmother’s curtains, tablecloth, and carpet, all in one outfit, he was unable to detract from what are some absolute belters of songs, Lovesick and Float Forever being particularly riotous.

As the final notes of played and the crowd descended into indie disco, the overwhelming feeling was one of success. Sore feet, followed by an even sorer head the next morning, hut a whole host of newly discovered bands to further investigate, and even more that I could not fit into the day but have added to the list to find. Another year and yet further proof that this northern city has a lot to offer. 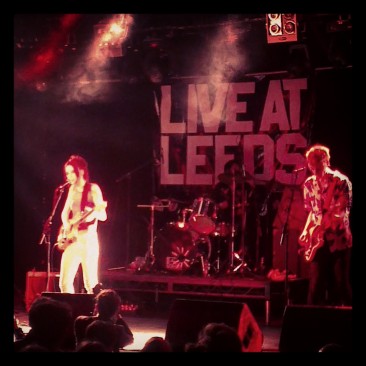 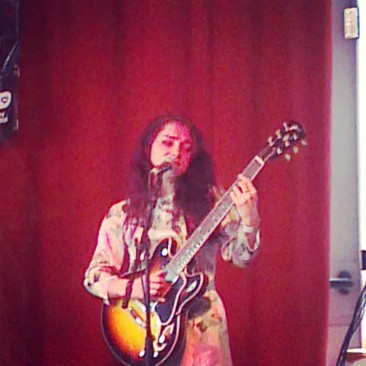 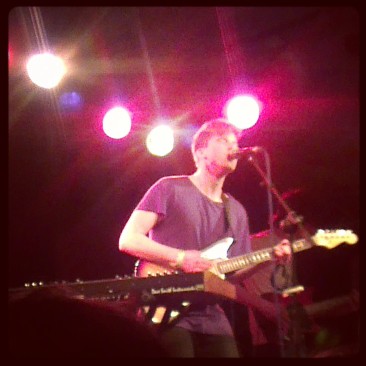 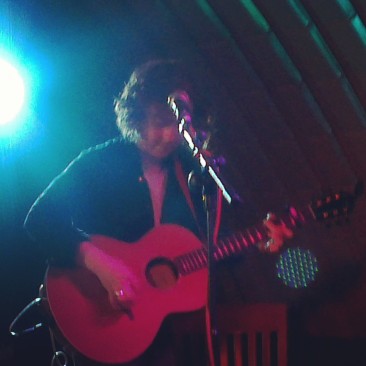