There seems a theme in the names tonight. When I tell my friends what I am up to on this grim and rainy Friday they seem concerned as to how the night will resonate with my swinging moods. No death metal or despondent eulogies here though. Whilst neither band are exactly rivaling Aqua in the happy go lucky pop stakes, this is ubpeat and infectious guitar music, all urgency and drama.

Grunge influenced Evans The Death come with an added dollop of grime live, their songs of break up and despondency viewed through the prism of good nights on lager and grey hangover days. They save hit So Unclean for the final song, but have drunken fans dancing way before that. Given that this is an early show, and at 8.15 most of Hoxton’s uber cool nightowls are probably only just having breakfast, (Do uber cool people even have breakfast? Do they say uber?) this is no small feat.

Die! Die! Die! are a frenetic punky four piece from New Zealand. Letting rip through their recently released fourth album Harmony as well as their back catalogue, lovely frontman Andrew displays vigour and vitriol throughout his delivery, and the angular riffs and punchy drums perforate room for much of the set. This trio are more than just noisy punk, angry and vitriolic though songs such as Oblivion and No One Owns A View are certainly ferocious enough. Take the dreamy shoegaze on perfect Trinity, or meltingly simple Season’s Revenge. Whether exalting furious melodies and needle point sharp guitar work or simmering along with malevolence  Die! Die! Die! have got presence and power, and a huge dash of punk spirit. Which is all you can ask for on a Friday night. 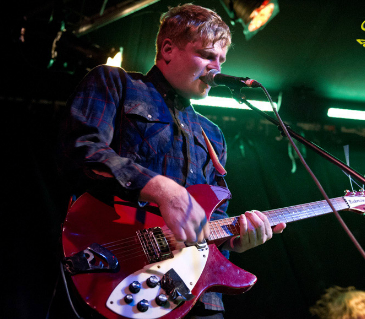